Because the Commodore 64 only supported 40 column text modes, 40 column PETSCII is the most common mode: 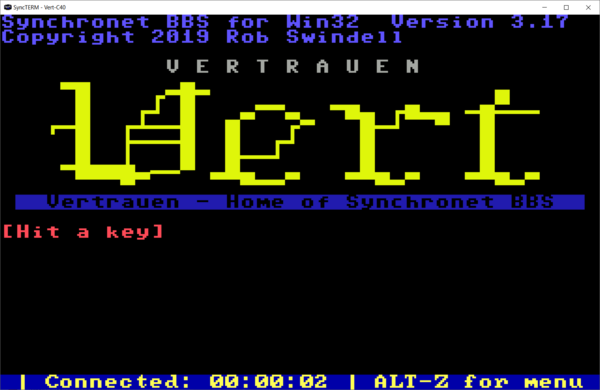 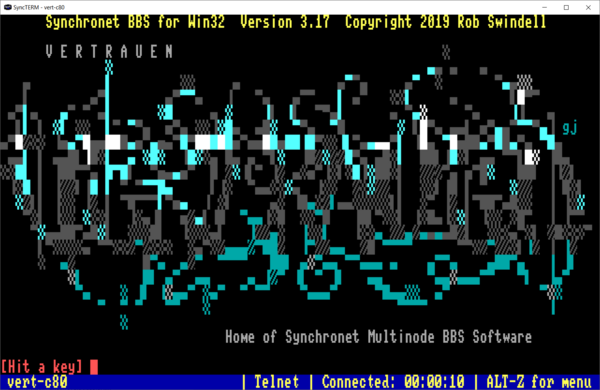 PETSCII cannot be automatically detected during connection, so specific TCP port most be assigned for 40/80-column PETSCII connections using any of the supported Terminal server protocols (i.e. Telnet, RLogin, or SSH), though typically only Telnet is used for PETSCII.

The 40 and 80-column PETSCII ports are specified by the Pet40Port and Pet80Port keys in the [bbs] section of the ctrl/sbbs.ini file:

If any incoming TCP Terminal connections are accepted on either of these configured ports, then the terminal will be assumed to use PETSCII characters and terminal control sequences.

The initial terminal width (either 40 or 80 columns) will be determined based on which Terminal Server port answered the connection.

The initial terminal height will be assumed to be 24 rows.

By default, the Synchronet Terminal server only listens on the standard TCP ports for the protocols supported (e.g. 23 for Telnet, 513 for RLogin, 22 for SSH). To add support for either or both PETSCII ports, you'll need to add one or both port numbers (following a colon) to one of the comma-separated address values for one of the Interface keys in the [bbs] section of the ctrl/sbbs.ini file. Example:

Characters are automatically converted (e.g. from ASCII/CP437) to the corresponding PETSCII equivalent. Some common characters (e.g. curly-brackets) are are not supported by PETSCII, so other characters (e.g. parenthesis) are used as replacements.

PETSCII terminals support most of the same colors as ANSI-BBS terminals, with a couple of important exceptions:

Most of the ANSI-BBS cursor positioning sequences can be (and are) automatically translated for PETSCII terminals by the Synchronet Terminal server.

In JavaScript, most of the console methods for moving the cursor around the terminal work equally well for ANSI-BBS and PETSCII users.

For files containing PETSCII characters, save those files with a .seq file extension.

For 40-column PETSCII files specifically, save those files with a .40col.seq file extension.

Likewise, an 80-column PETSCII file should be saved with a .80col.seq file extension.

You can control (allow/deny) access to BBS features depending on whether the user is using a PETSCII terminal by using the ARS keyword: PETSCII.

In JavaScript, the best way to check for terminal support is by using the console.term_supports() method. Example: