UNIX Monitor is a UIFC application for controlling and monitoring the Synchronet terminal server with built-in chat, user editor, configuration, and other conveniences for the Synchronet sysop. Originally designed for UNIX systems only, it also runs with reduced functionality on Windows. 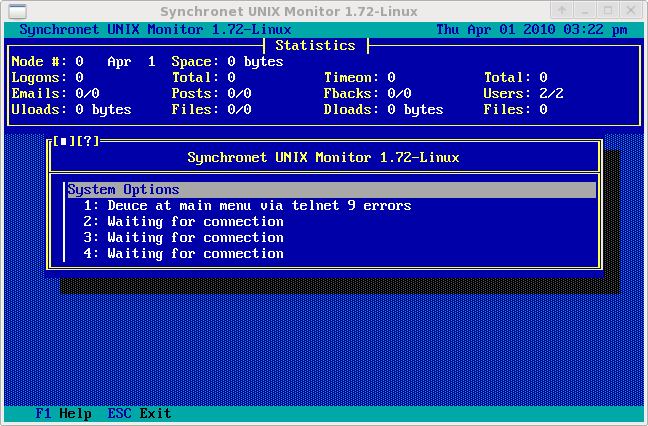 The executable file is: exec/umonitor

UNIX Monitor may be used to enable/disable and configure the various Synchronet Servers with UIFC dialogs, launch the SCFG utility with the System Options->Run SCFG menu option: 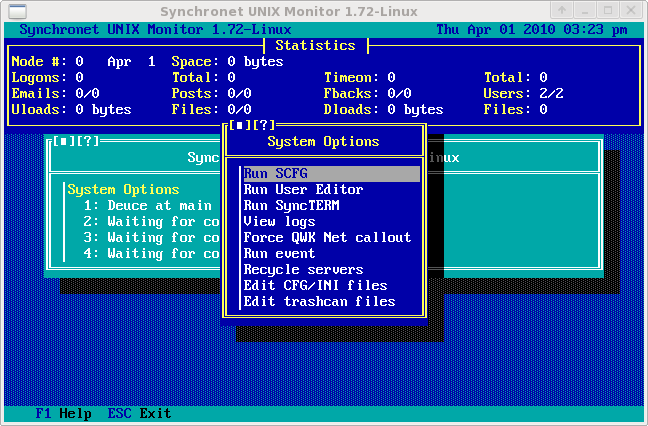