GtkMonitor is a UNIX GUI application for controlling and monitoring the Synchronet terminal server with built-in chat, user editor, configuration, and other conveniences for the Synchronet sysop. 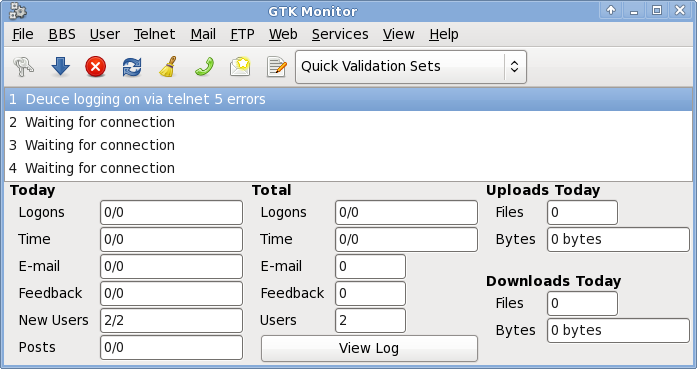 GtkMonitor is a native executable program.

The executable file is: exec/gtkmonitor

If the Gtk files are missing from your Exec directory, you missed the graphical utilities step during the installation process. Check the Notes under Getting/Building in UNIX Installation.

GtkMonitor may be used to enable/disable and configure the various Synchronet Servers with GUI dialogs, launch the SCFG utility with the BBS->Configure menu option: 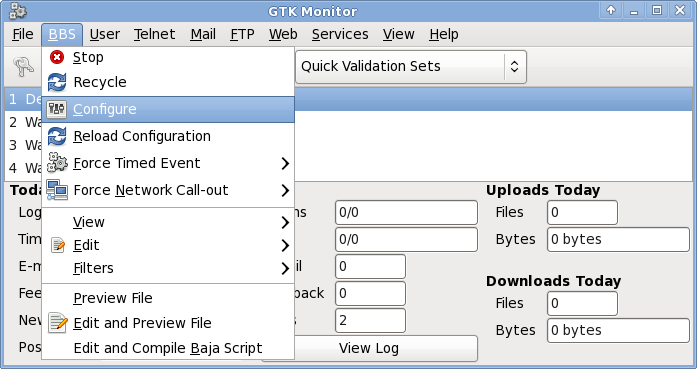 The GtkMonitor configuration settings are stored in the ctrl/gtkmonitor.ini file.

The utilities for viewing and editing various file types are sysop configurable via the File->Customize menu.

GtkMonitor may also be used to edit the Synchronet BBS text.dat file and menu files.