Around 1992, I was contacted by the creators of the RIPscrip protocol (TeleGrafix was the company name, but I just knew them as “Jeff and Jim”). They had already “ripped” their own MajorBBS system and they gave me a demo using their custom terminal program, RIPterm. They wanted to help me to do the same with Synchronet. I met with them and gave them a tour of the Synchronet menuing system. After a week or so, they gave me the files (icons and RIP files) to include in Synchronet distributions. I added some auto-RIP detection and automatic .RIP menu file display and Synchronet v1b01 was the first BBS software to “ship” with built-in RIP support in January 1993.

So the Digital Dynamics crew got excited about RIP for a while and imagined the possibilities of a modernized/graphical user interface for BBSes everywhere. That never really transpired. But it was a good platform for artists who could adapt to RIP's vector/EGA-centric format and funky fonts.

Here are some pieces of RIP art, from Dave McNeall, circa 1993 (converted to PNG format using PabloDraw): 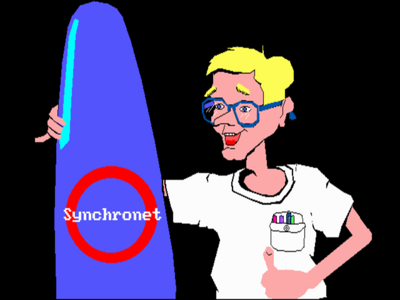 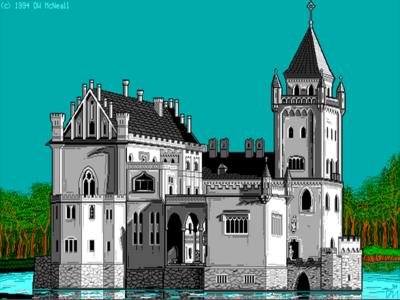 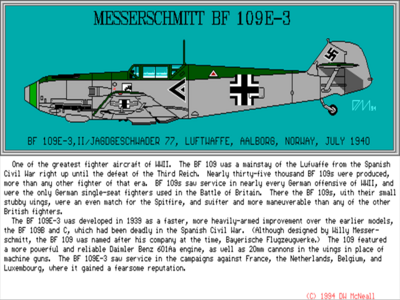 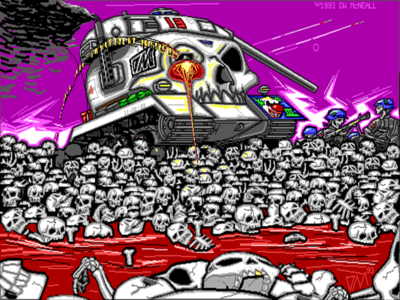 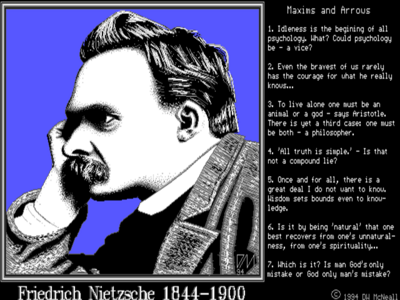 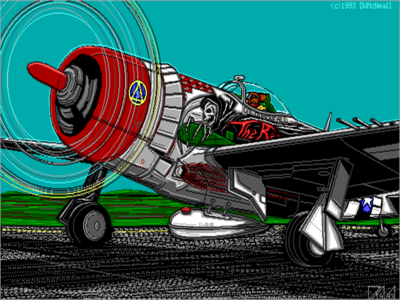 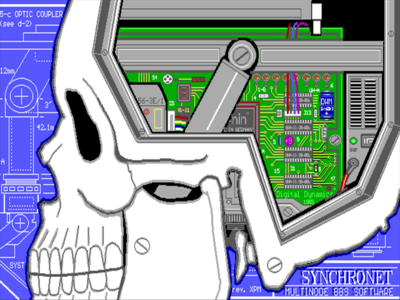 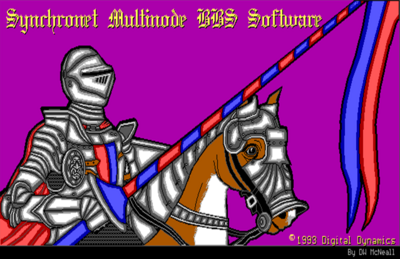